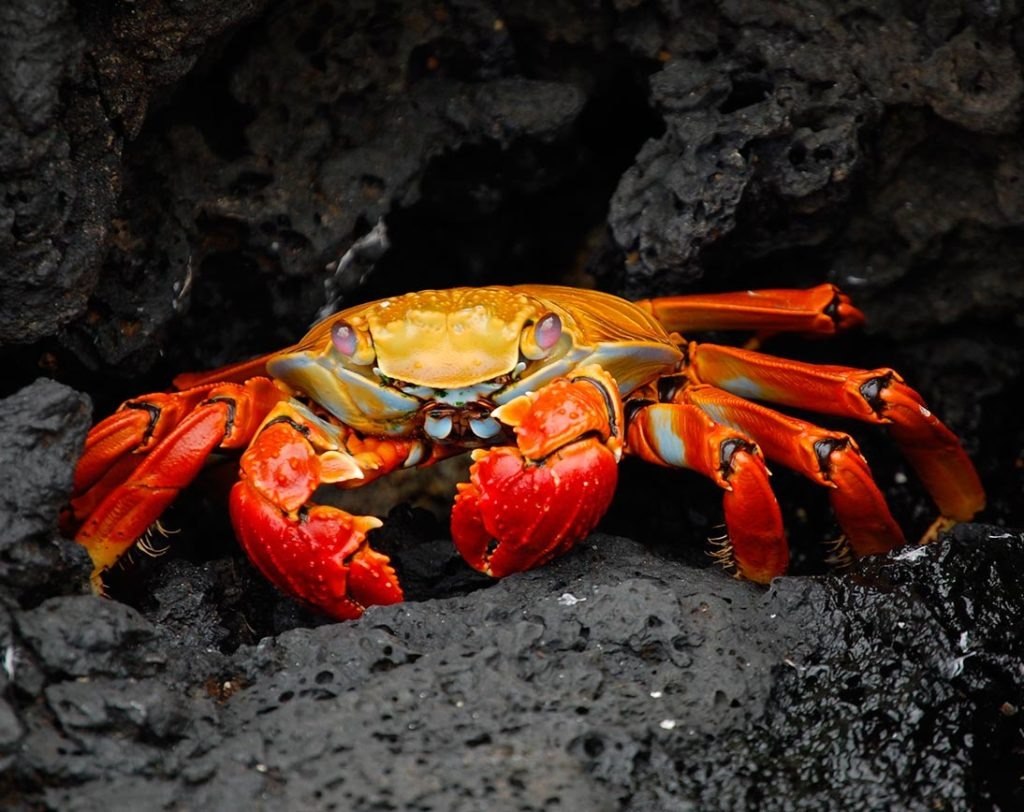 Tourists may not spend much time on Daphne, but that is not true of scientists.  Daphne has been the site of a major scientific research project. Scientists have captured and banded each of the island's finches, monitoring the birds in an attempt to earn a greater understanding of their lives.
The Island is difficult to visit because of the acrobatic landing - visitors have to jump from a moving zodiac on to a vertical cliff and scramble their way up the rocks.

The steep slopes are fragile and susceptible to erosion, which has led the national park authorities to limit visits to the Island. Only cruises with capacity of 12 passengers or less are permitted to go ashore, and further restrictions limit captains to 1 visit per month. Usually boats only include a visit to Daphne Major on special charter itineraries.

There are two small craters at the top of thecone, and they contain hundreds of blue-footed booby nests. Masked boobies nest on the crater rims, and a few red-billed tropicbirds nest in rocky crevices in the steep sides of the Islands.