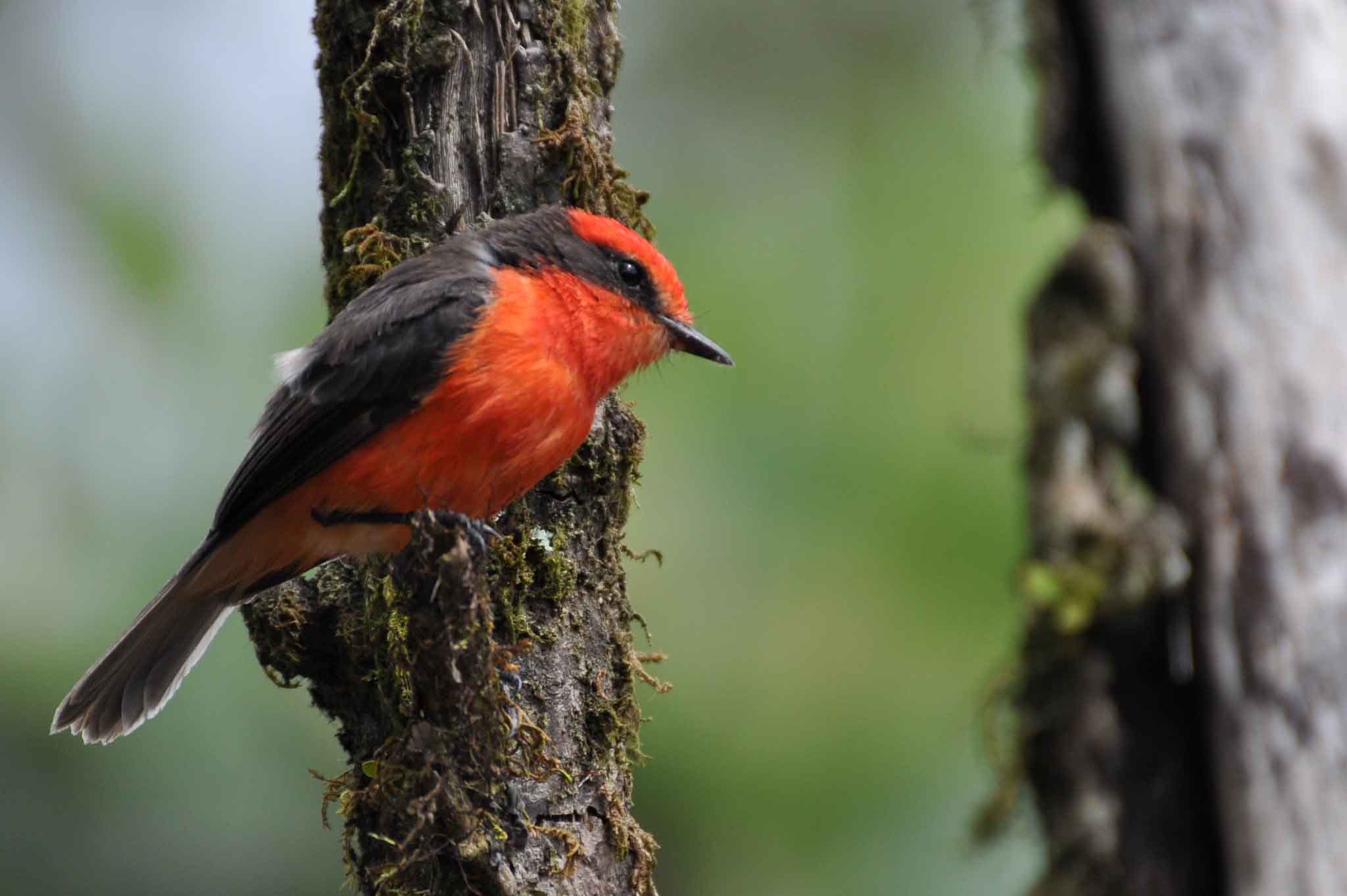 This island is named after Charles Darwin. It has an area of 1.1 km² and a maximum altitude of 168 meters. Here fur seals, frigates, marine iguanas, swallow-tailed gulls, sea lions, Whales, marine turtles, dolphins, red footed and masqued boobies can be seen.

Darwin Island is located in the far northern corner of the Galapagos archipelago. It can only be reached by navigation and it can be 15 - 20 hours from Baltra.

The Arch at Darwin Island teaming with bird life is splendid from the surface, but when you get underwater and see what's beneath it, you'll have a hard time deciding which side is more magnificent.

Dolphins skim across the surface following the pangas to the dive site. When you get into the water you'll immediately be greeted by hammerheads. Lots of hammerheads, sometimes so many that you can't count them all. They swim gracefully over the reef sometimes slowing down to be cleaned by King Angelfish. At times you could reach out and touch them, but spooked by the divers bubbles, they will quickly turn away, startling everything else around them (including the other divers!).

The arch sits on a plateau just below the surface. The barnacle covered wall drops off to the deeper ocean around it and seems to be the gathering area for every fish in the neighborhood. Creole fish, rainbow chub, bigeye jacks, moorish idols all swirl in a mystical maze. A large school of jacks hang at the surface, so thick it looks like a black cloud.

Large green spotted eels swim freely across the reefs. So many that you must be cautious not to get too close to the rocks. On the ridge you'll find blue striped snappers, coronet fish and trumpetfish as well as a large parrotfish. In the rubble on the bottom watch for large flounders. Whale sharks have also been spotted here. This is one of the top scuba diving sites in the world.

Because the arch is very much unprotected, the surface can be rough. Strong, quickly changing currents are common here. Differences from one dive to the other can make this dive interesting enough to do many times. The water temperature at Darwin is warmer than in the southern islands by at least several degrees.