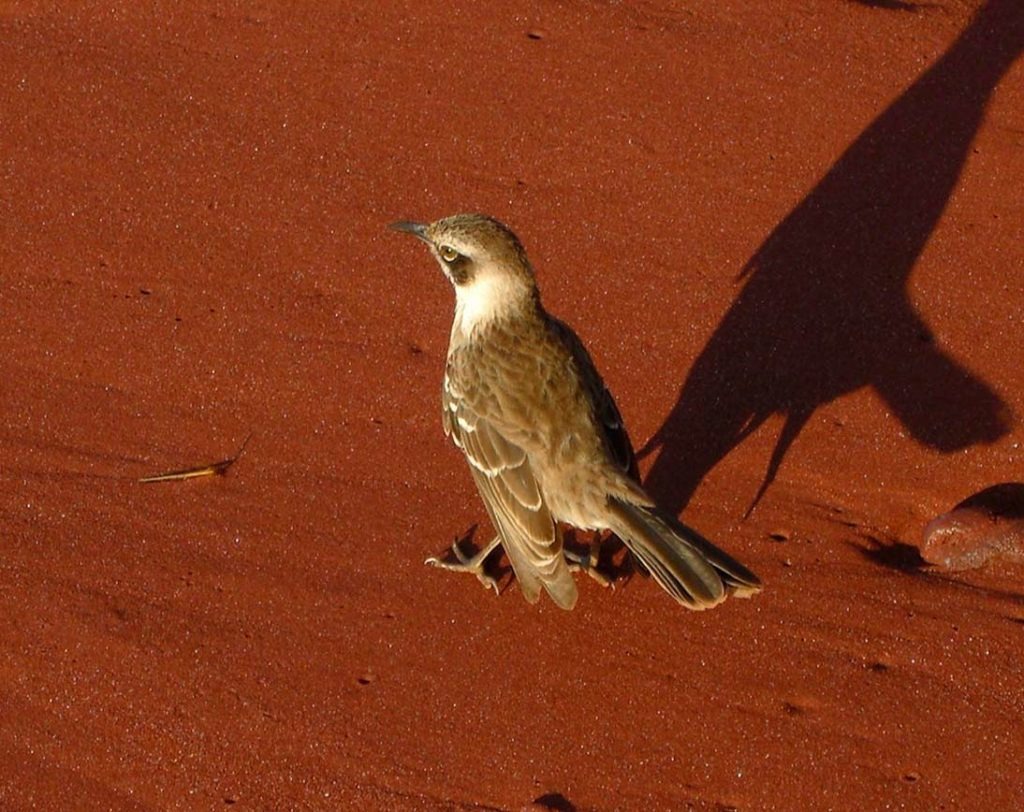 Rabida has a distinctive look, with its reddish beach, cliffs, and steep slopes of volcanic cinders. A noisy colony of sea lions lives on the beach, and a short trail inland is a good place to observe land birds such as finches, doves, yellow warblers, and mockingbirds. Hidden behind a narrow strip of green salt bush is a briny lagoon where flamingos may be found, sometimes even nesting.

Snorkeling along the rocks at the east end of the beach may reveal many of the reef fish common to these waters, and the ever-present sea lions.

Rabida (Jervis): It bears the name of the convent of Rabida where Columbus left his son during his voyage to the Americas. Has an area of 4.9 km² and a maximum altitude of 367 meters. The high amount of iron contained in the lava at Rabida give a distinctive red color to the sand of its beach. Flamingos and White-Cheeked Pintail Ducks live in a salt-water lagoon close to the beach, where brown pelicans and boobies have built their nests. Nine species of Finches have been reported in this island.