Take in the highlights of Española and Floreana island in the Galapagos archipelago in just 4 days. Visit giant tortoises in their natural habitat, take the trail to the world's only waved albatross nesting site, snorkel alongside hammer head sharks at the devils crown. Tick off your bucketlist of experiences on a short activity packed cruise on board the intimate Aida Maria yacht.
Day 1: Santa Cruz Island & Baltra Island: Highlands

After shopping in Puerto Ayora and lunch on the boat (guests may dine in town if they desire), you’ll explore the upper region “Highland” of the island, which is a moisture-rich area with fertile volcanic soils. You’ll learn about the vegetation and animal life of this zone, often strikingly different than that found at lower elevations.

Darwin’s Finches, Yellow Warblers, and Bright Red Vermillion Flycatchers will fly in and out of the moss-covered trees. From this high vantage point you’ll be treated to beautiful views of the surrounding archipelago.

In the late afternoon you’ll return to town. For those who wish to check out the nightlife, this is your chance; the boat will be docked in port most of the nigh

Floreana, one of the greenest islands in the archipelago. Ask your guide to tell you about its mysterious history laden with rumors of witches, murderous baronesses, blackmail, and dubious disappearances.

Your first stop is Punta Cormorant, where you’ll follow a footpath to a lagoon inhabited by flaming-pink flamingos. You will also pass by Carolina Beach, a Sea Turtle nesting area and a superb spot for watching sea birds and sea rays.

Back on the yacht, you’ll skirt the island’s coast until you arrive at La Corona del Diablo (the Devil’s Crown), a sub-marine crater that offers some of the most spectacular snorkeling in the Galapagos. This is a great spot for seeing the wide array of tropical fish, many endemic to the islands, including purple sea stars and spiky sea urchins. The crater’s most thrilling undersea creatures, however, are the white-tipped sharks. As with most of the creatures in the Galapagos they are unperturbed by your presence, so you can swim in their company freely and fearlessly.

After returning to the boat for lunch you’ll sail on to Post Office Bay, where the islands’ original post office (really only a wooden barrel) was established in 1793. The current system still functions as it did three centuries ago: Visitors drop off unstamped letters and postcards AND pick-up whatever mail they can hand deliver themselves when they return home! (Try it, it actually works!).

Espanola is one of the most magical of all the islands. It is a place where the animals reign supreme and we humans are merely guests. As your dingy brings you to shore you’ll see Sea Lion pups sunbathing with Marine Iguanas and Blue Footed Boobies nesting in between, and nearby may be a Galapagos Hawk. If it is Booby mating season watch the bonded pairs do the infamous Booby dance (if it’s not mating season, ask your guide to demonstrate – after all it’s their job to teach you about the local fauna!).

As you follow the footpath around the island, you will pass hundreds of Blue Footed Booby nesting sites including one colony of masked boobies.

There is a good chance you’ll see the thief-like Frigate Bird (which has the habit of stealing other birds’ food), as well as the stunning Red-Billed Tropicbird and the nocturnal Swallow-Tailed Gull. If it is the right time of the year (mid-April to December) you’ll also encounter the giant Waved Albatross. Apart from a few pairs that breed on Isla de Plata, off the Ecuadorian mainland, all of the world’s 12,000 Waved Albatross breed on Espanola Island. At the end of the breeding season, the entire population leaves the island and heads out to sea, where they spend years without touching land; four or five years may pass before the fledglings return to Espanola.

As you make your way around the island you’ll pass by El Soplador, a giant blowhole that explodes to heights reaching 25 feet. In the nearby tide pools you can often find lounging sea lions enjoying the blowhole’s misty spray. Following lunch on board the yacht, you’ll visit Garner Bay, a great place for sunbathing, swimming and snorkeling. Lionfish, Flycatchers, and Galapagos Hawks will keep you company as you relax under the rays of the evening sun. Dinner on the yacht completes your day.

You’ll arrive early in the morning to San Cristobal, the capital of the Galapagos. Isla Lobos, a very small islet made of volcanic rocks that gets its name from the colony of Sea Lions (Lobo de Mar in Spanish) that live there. Here you can observe the behavior and interaction of Sea Lions living in a small community. Before taking the flight back to the mainland you will have some time to visit the town on your own for last minute shopping or people watching in the Galapagos. Transfer to airport. 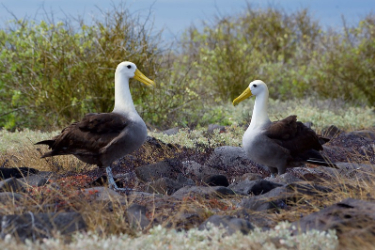 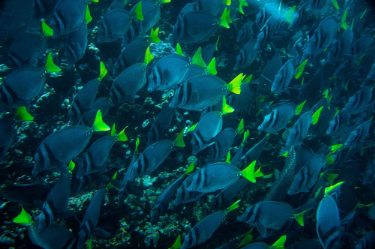 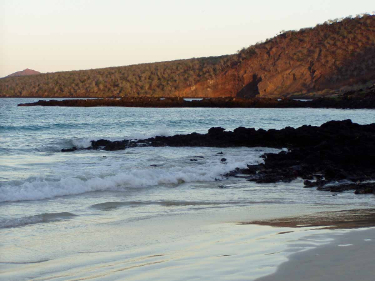 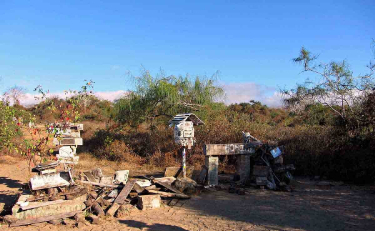